H. GENERAL CONSULATE OF THE REPUBLIC OF LATVIA

Latvia at a Glance

The Consulate General of Latvia in Beirut represents the Republic of Latvia in Lebanon and covers the 5 Boroughs of Beirut, Zahle, North of Lebanon, the South of Lebanon, and the Mont Lebanon. Its broad mission is to promote Latvian interests in Lebanon and to provide assistance to Latvians visiting Lebanon and residents. The Consulate seeks to assist in fostering broader knowledge in Lebanon about Latvia and to facilitate increased business, educational, and cultural relations between Lebanon and Latvia - one of the European Union's fastest growing and historically and culturally interesting nations.

Things you should know about Riga

According to Baltic News Network 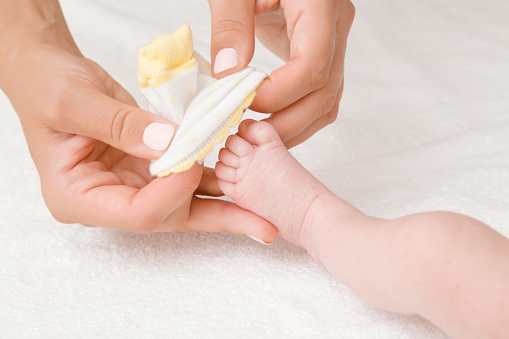 Over the past four years, birth number is declining, however during the year there are months when greater birth number is registered. Provisional data of the Central Statistical Bureau of Latvia (CSB) show that 1.6 thousand newborns were registered in January 2020, which is 5 % more than in the corresponding month a year ago.

In January, 2.7 thousand deaths were registered, which is 13 % less than in January a year ago.

During the first month of this year, 484 marriages were registered in Latvia, which is 16 marriages fewer than in the corresponding month a year ago.

Over the past four years, birth number is declining, however during the year there are months when greater birth number is registered. In January 2020, 1.6 thousand newborn were registered, which is 5 % more than in the corresponding month a year ago.

The data published cover provisional vital statistics registered in civil status registry offices. Final data in breakdown by month of the reference year are estimated and published at the end of May of the next year.

The data concern births, deaths and marriages registered in each month. When publishing annual statistics, the data are compiled based on the actual date of birth, death or marriage. The greatest differences may be observed in the birth statistics, as the law provides that child shall be registered with the civil registry office within a month after his/her birth. Final vital statistics in breakdown by month of the reference year is estimated and published at the end of May of the next year.

A cyclone dictated weather at the end of last week. Under its influence rain clouds formed above Latvia, bringing moderate rainfall to most of the country’s regions. The cyclone also caused increased wind speed: 20-23 m/sec.

At the end of the week, a cold atmospheric front will pass through Latvia from the north-west, bringing colder masses of air to the country. Air temperature will drop again and there will be more rain.

The goal of those rules is improving state support for end consumers of electricity, ensuring more efficient use of electricity and predictability of costs, as well as introducing stricter control mechanisms for CHP plants and requirements for provision of support.

Rules also state that CHP plans that have not yet commenced energy production have to reach electricity production output of at least 50% of their planned volume within the term provided for the issue of an MPC permit.

The current head of Latvia’s Office for Prevention of Laundering of Proceeds Derived from Criminal Activity has decided to participate in the open selection process to stay in his post for a repeated term.

The 61-year-old Burkâns has confirmed that he would like to stay for another four-year term. He will likely submit his application next week.

«I have invested all of my effort in the service. I have not looked at other job opportunities. I needed time to assess the situation surrounding the service,» said Burkâns.

The chief of the service mentioned that the fight against crime will never be over. Still, he wants to keep working in the service to make sure the next officers would receive cases in the best possible condition. «I’m not saying cases do not fit international requirements. It is worth mentioning that requirements change all the time,» said Burkâns.

«Based on what I’ve heard from colleagues, they want me to stay, because it would be hard for them to work with someone else. Officers have an appropriate knowledge level – any newcomer would automatically be below their level. Decisions in regards to freezing money should be made within a day or even half an hour. Such decisions have to be made quickly and efficiently,» said Burkâns.

The State Chancellery has announced an open contest for the post of the head of the Office for Prevention of Laundering of Proceeds Derived from Criminal Activity.

Candidates have to submit documents to the State Chancellery before 20 March. Candidates will be assessed by a special committee and picked by the prosecutor general.

Burkâns has remained in his post since 1998. His current term ends 31 May.